This day was remarkable in my crossfit career. First time being able to do benchmark workout Amanda rx'd. Wasn't pretty to be honest but was able to do it anyway with real weights. Afterwards I went to build to to a heavy set of squat clean triple. 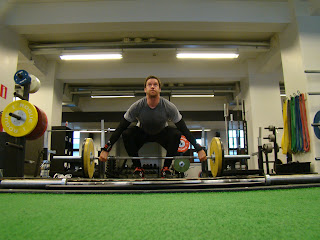 
I've done this once before with 40kg barbell. It's a totally different game to add 20 kilos on the barbell. Ring muscle-ups went pretty nicely today. For no reason it's been some time since hopping on the rings. It was cool to see I still got it. Had to break them obviously in several sets during the workout.

In the warm-up I took one rep at 60kg snatch, then started the clock on Amanda. The feeling after having 9 muscle-ups fatigue shoulders a bit and then trying to stabilize the barbell overhead in the bottom position was unreal. Hard to even describe how it felt but it simply felt unnatural. I lost the first one in front, and the second attempt went too far back. By the way, that was the first snatch that went through in my life. They always stay in front if I miss them. 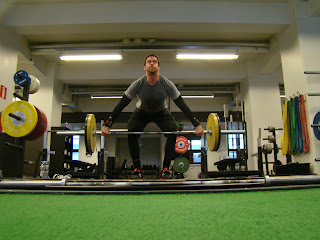 Third attempt was caught but it looked ugly as hell. Same with the fourth. Then little by little I started to get it under control. Last reps on the round of 9's were decent. Rounds of 7's and 5's were already smoother. It felt better and better in the course of the workout. It was almost a pity the workout ended. I liked the snatch part towards the end.

I'm very happy I was able to complete this workout. It's been in the back of my head that some day I want to complete it rx'd. These are written to be squat snatches and some of them definitely were not but I'll take it anyway. 60kg snatch is not self-evident for me, especially in a metcon. Sometimes in a snatch session it feels heavy so doing 21 reps of those in metcon is great.


It was different to do these sets after metcon. Usually I do strength and barbell cycling before and then hit a workout afterwards. It was a good change in methodology. These weren't the lightest of cleans I've done but still they rolled quite okay. 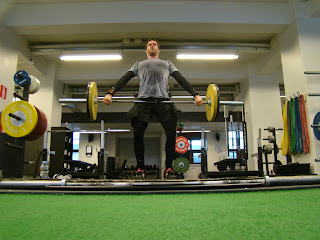 Doing them touch'n'go style is more taxing than 3 x quick singles so I'm happy with this. On the last rep of the 100kg set I lost the tightness in my body so had to reset the bar and take the last rep as a single.