Got to say it's great to be back!!! It's been so damn busy I haven't had a chance to throw down at all. On Friday we had pre-christmas party and it was a hullabaloo from morning till night. On Saturday we had a gathering with family in Eastern Finland as we went to see my sister's new house. Finally today I got to put on some gym clothes and got to work! 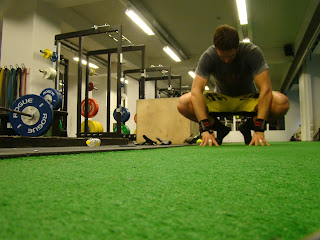 
At first my joints felt very tight from all the laziness and driving in the car, and it was a mystery how this session would turn out to. However, my legs didn't feel tired at all on the warm-up cleans, and the cleans also felt very natural and light.

Plan was to go heavy for a triple and single. Especially to build up to a 3 rep max. I was hoping to pull 105kg which is the heaviest I've pulled, ever. Once I tried 107.5kg and my right wrist popped, and hurt like hell for about 2 months. With that on mind it was a huge success today to being able to get all the way to 110kg. This is actually huge because I have lifted that number for singles only, and just for a couple of times. So going for 3 reps was sick!

Original plan was to go for a max of the day after triples. Didn't know I was going this heavy in the triples so there was room for only couple of singles at max. Singles at these weights are intimidating. The only thing preventing me to go heavier is my head. Both 115kg and 117kg were high enough for sure, and most likely I'd be able to clean more if I only had the balls to drop under the barbell. Fails on cleans are always just clean pulls. Not for a single time have I racked a bar, and not being able to stand it up. These +110kg lifts are mentally very important to build up confidence for heavy lifts.


After all the cleans my hip flexors were gone, and front squats didn't go as planned. For some time there was 7x3 front squats in my notes but that was not gonna happen. Bar was heavy already at 120kg so it was no surprise 130kg didn't come up. 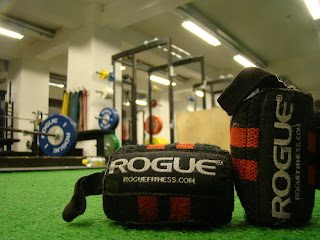 
Freaking awesome metcon! It's been hours since the metcon now as I'm writing this, and my lungs are still feeling it. Or throat. Anyway, the number of squat cleans in a row made the difference. Legs were burning, and lungs were gasping for air. Not for a second did I think about linking the reps together. Singles all the way.

Toes-to-bar's and box jumps unbroken. T2b's were surprisingly nasty after all the squat clean. Box jumps didn't feel any easier in the process. But the thing in this metcon was definitely the cleans. In the beginning they were 8 singles in a row. Then at some point it was 4-2-2. That seemed like the quickest way to get over each round. Awesome wod.