The tough holiday (=training) week continued today in Eltsu. Obviously I can feel it in my body there's been a lot of workouts in the past couple of days. It has helped that I've had the possibility for naps, no need to work and have had good company with Pauliina, the love of my life. She stayed home to study and I went to workout in Eltsu in the morning. It was snatches all the way.

Snatch.
As I walked through the tunnels of Eltsu there were not another soul, got a chance to workout in piece. I taped my hands properly as it feels like there have become all kinds of wounds in my fingers and palms this week. When you hold on to a barbell on a daily basis, hand care plays a significant role in your life. If it doesn't, destiny will remind you to keep them in shape.

I took much longer warm-up to get properly ready for the work ahead of me. In the middle of my snatch session an old guy entered the cave. He was around 70 years old and had competed in weightlifting back in the days. It was more like 50 years from now. We talked in length about training, competing and, weightlifting and crossfit. To put things into perspective he snatched 120kg and clean & jerked 150kg as his one rep maxes. Those are pretty impressive numbers for a 20-year old dude back in the 60's!

It was a heart-warming feeling as the gentleman was giving props on my power snatches and the general fitness level of being able to smash 30 snatches away in relatively short time. That conversation boosted us to talk about crossfit of which he said sounded pretty much like a perfect training method. Couldn't agree more!

Anyway, I had no specific objective for the snatch session. Wanted to build it up to rather heavy and listen to my body and listen to what it tries to tell me. it would tell me how far could I go. My goal was to do squat snatches but on the video at the spot I found out I didn't go below parallel. Just couldn't find the path all the way down. So those were definitely power snatches in description. But I tried to lower my butt below 90 degrees.

My max today was 65kg, not the most beautiful as I had to take couple of corrective steps to balance it, it was about to fall forward. Those 50-55kg lifts came up "easily", then on 60kg I had to concentrate a lot to get it. The last weight (65kg) failed at first, then I got it up on the second try.


Isabel. Time 3.01
I had clean and jerks in mind too but it was way too goo momentum on the snatches to throw it away. I took couple of power snatches with 50kg and put the clock running. Probably would have been smart to rest a little after the power snatches. It felt like light weight so I didn't wanna wait anymore, just put the camera running and do the work.

Decided to go by feeling from early on. I took a set of 5 reps in the beginning, dropped the bar, and then decided to stick to this rep-scheme for as long as possible. Those 5's felt good and I had the possibility to drop the bar after each set so I pushed through those mental obstacles and kept the motor running with 5's. The grandpa talked to me every now and then, so I tried to say something back to be polite =) I almost made it to the end as planned. After 25 reps I decided to grab the barbell quickly. The recovery was too short for me to knock the last 5 reps in a row so I dropped it after 28 reps and then took the last 2 to finish at 3.01.

This was second time I took on Isabel, the first one was at 40kg a little over a year ago. Then, in the beginning of this year I completed 30 snatches not for time but I remember those snatches being way consuming and I had to cut them to doubles from early on. I was very happy of being able to smash them in 5's almost to the finish line. 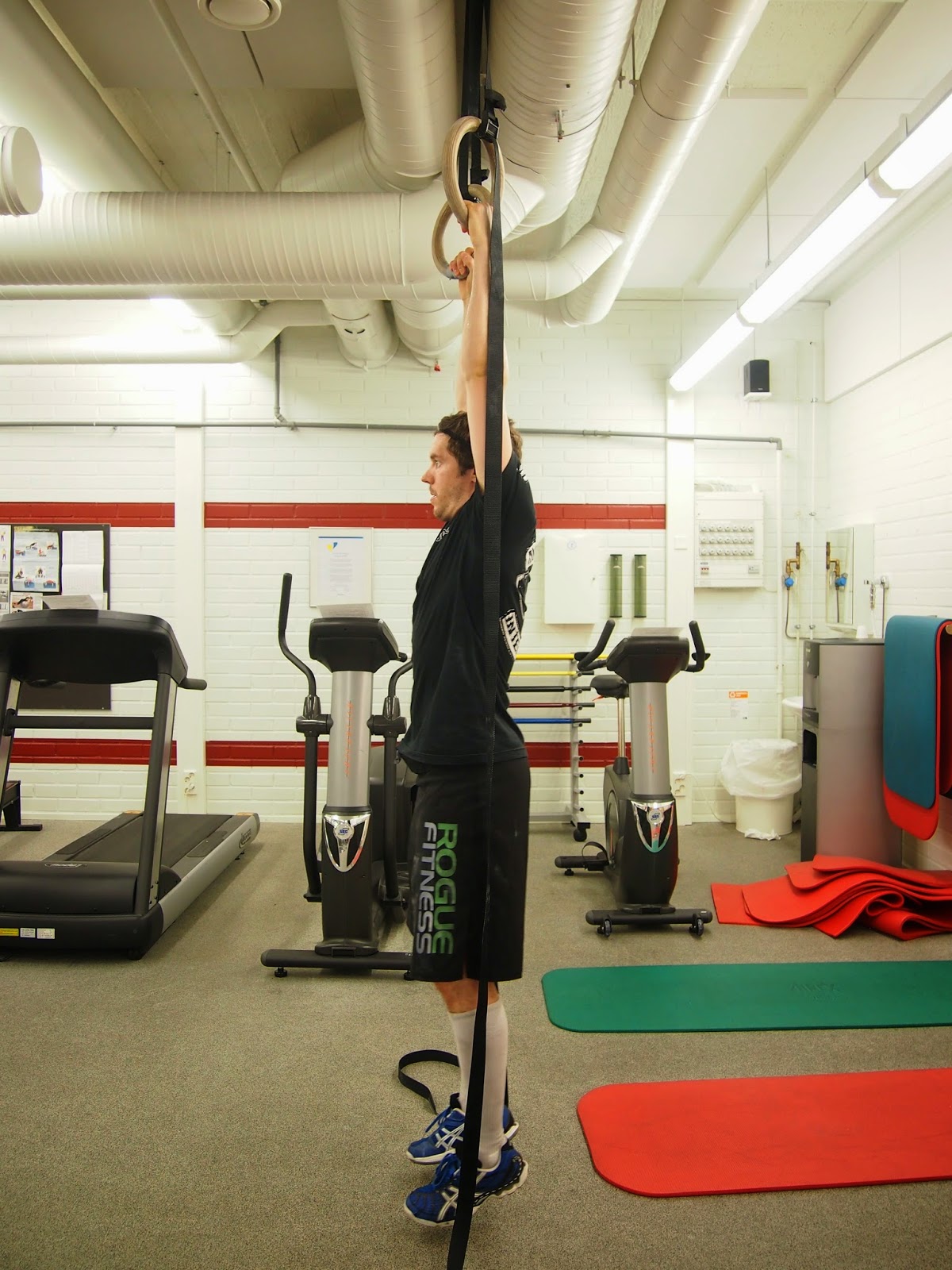 
In the evening Pauliina needed her fitness doze so we drove to "our" gym. This week has been ring-free so it was about time to go after them. I took no stress about the training session and it turned out I put effort in my ring skills. I took all reps without false grip. This is next level stuff for me. I try to get rid of false grip to being able to knock consecutive reps. Today I did one set of double, the rest being singles, total of 10 reps. 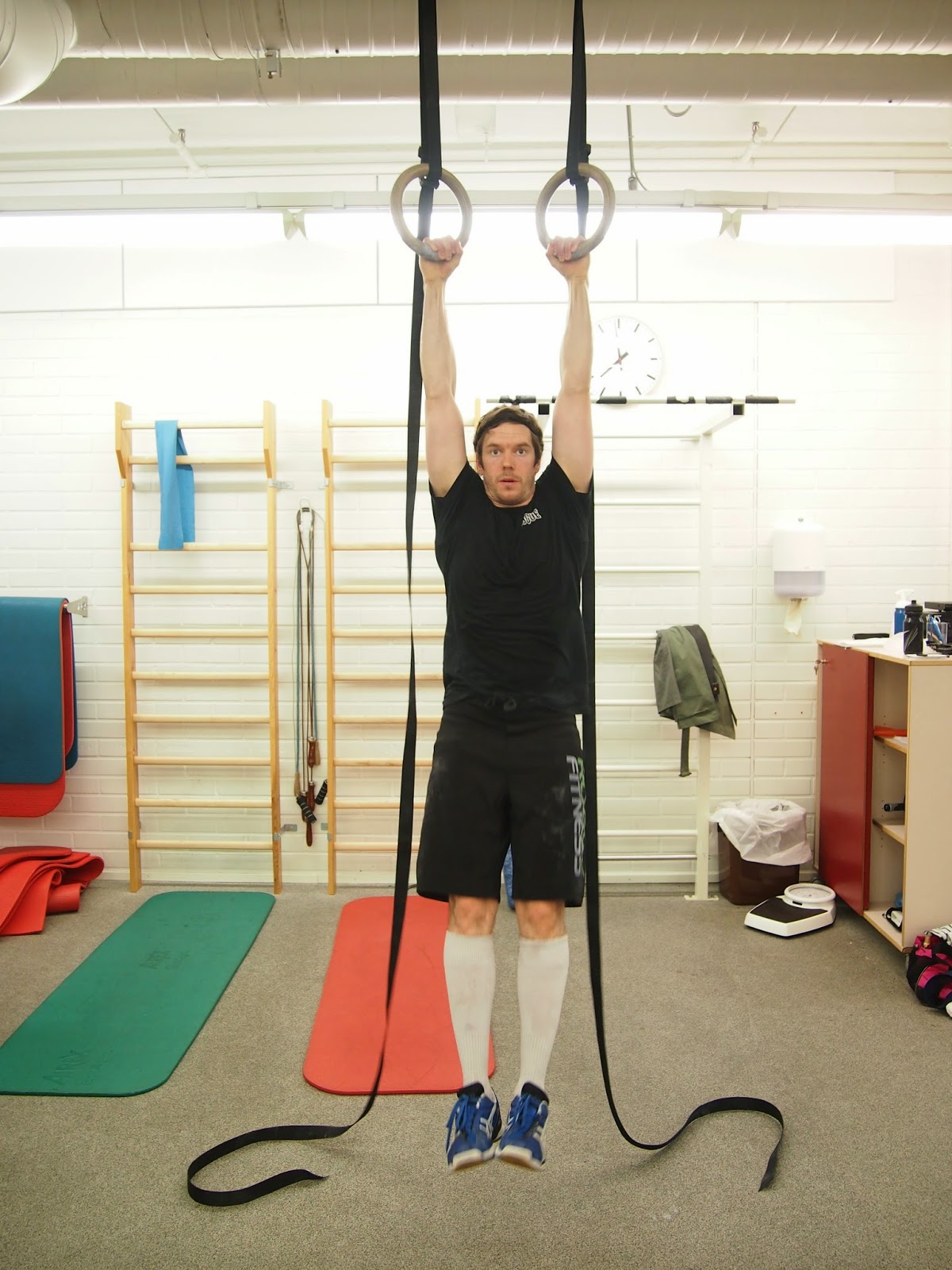 We noticed that my kip swing is a bit inadequate in terms of being as aggressive and smooth as I'd like to. I have a standard height to where I adjust the rings at the gym. It's about max height they can be 'cause otherwise I'll smash my head to the tubes running in the ceiling. After having done muscle-ups I raised the rings a little higher so that I had to jump to catch them in the starting position.

Now I was able to swing with much better motion, way smoother and way more momentum. However, now the rings are too high and I can't go over the rings because my head would touch the ceiling. Anyway, it felt good to practice on those swings and I gained more confidence on those. 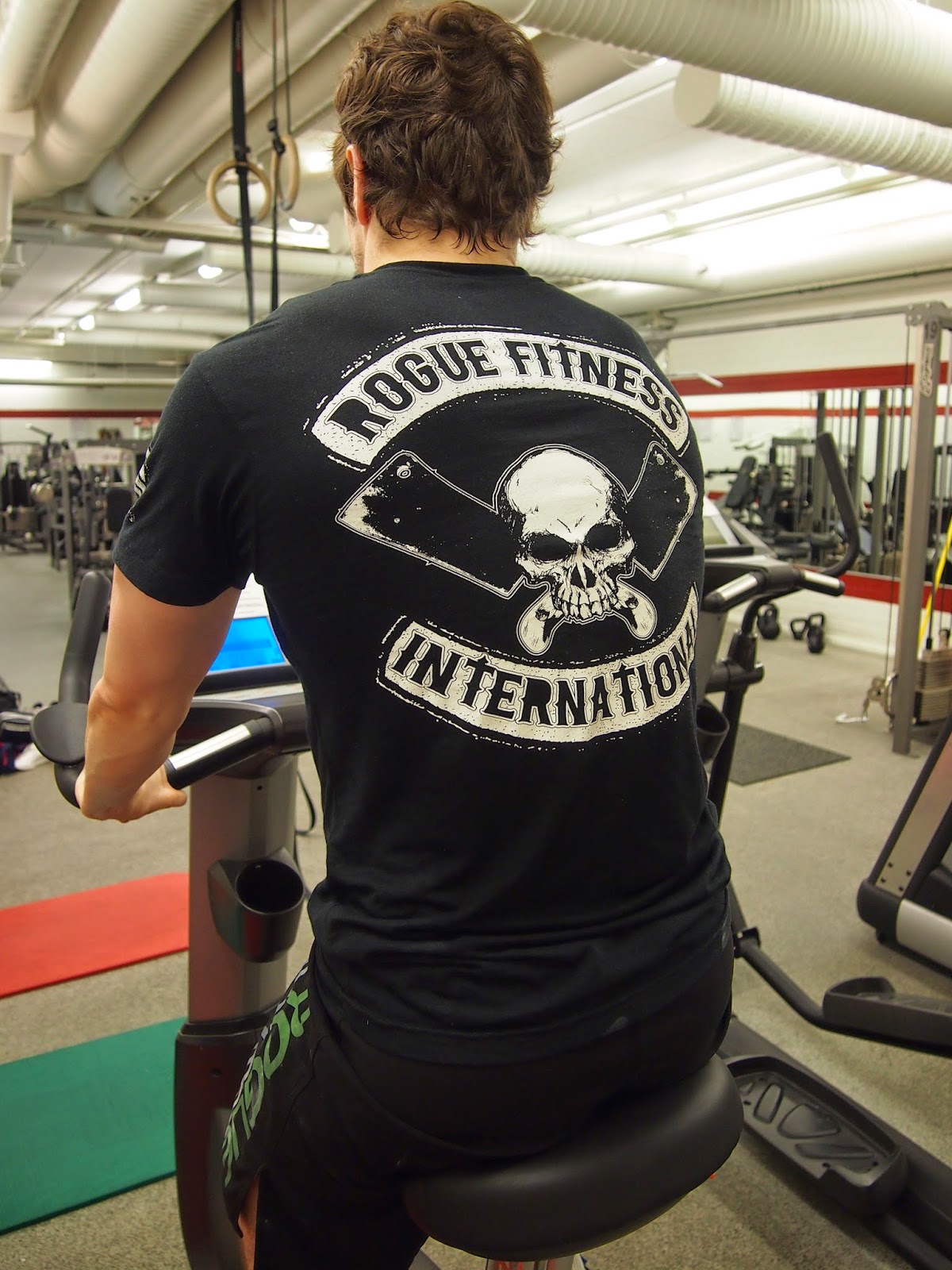