God damn my legs hurt. Don't remember when they were this sore. Squat days don't make that kind of effect anymore as I squat that often. But yesterday's combo of wall balls and lunges was brutal. On the bright side my wrist felt okay this morning so I took a shot and went after push jerks and then cleans in the metcon. Great stuff! 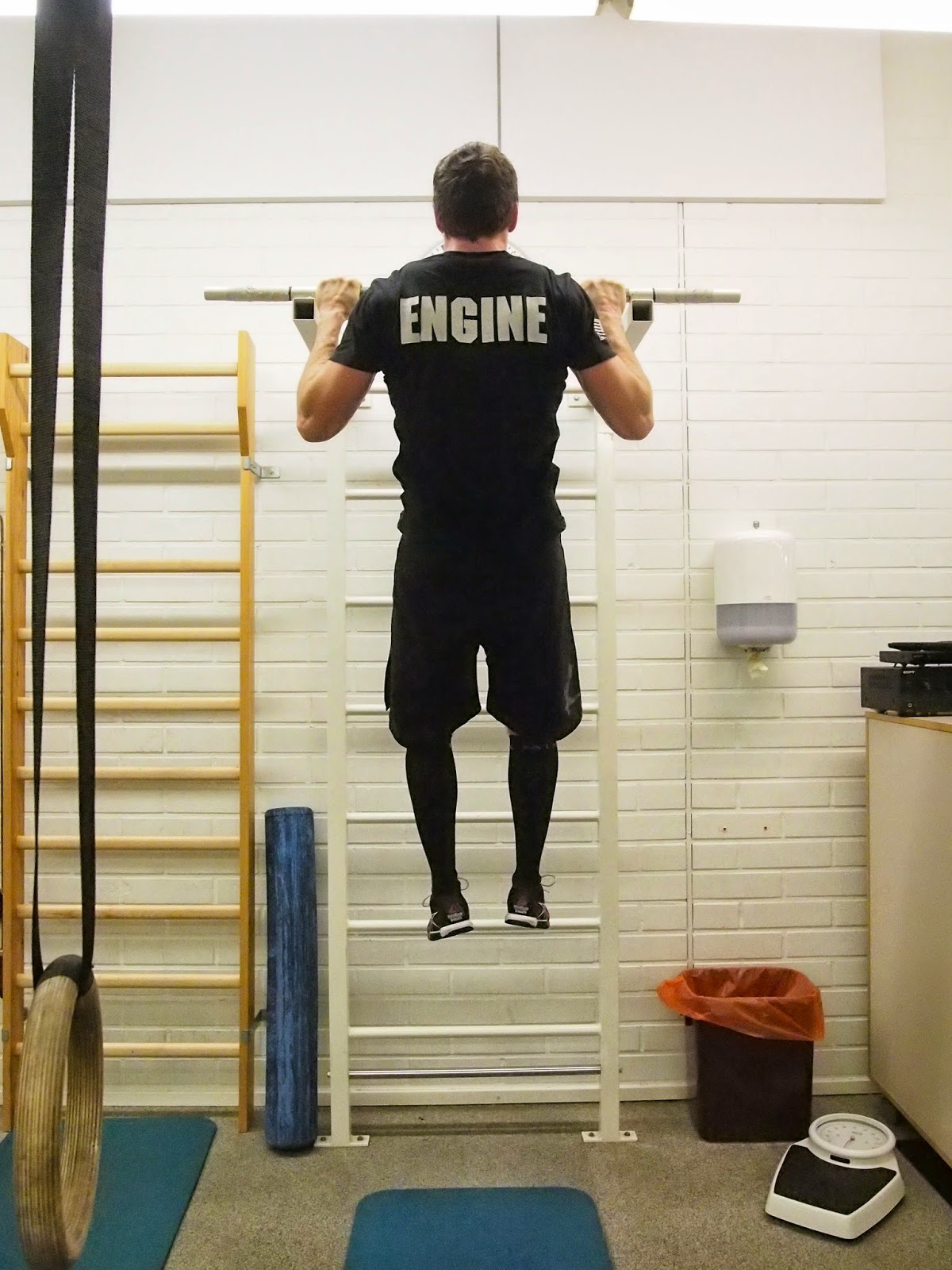 Barbell. Light technique work
I was so eager to go heavy with the barbell. I took the first reps very carefully but my hand allowed me to go further. I had the wrist wraps as tight as they could be to give a proper protection. Thought it would be smart to stay light in the beginning as this was the first time putting bar overhead in two weeks. Okay, last Friday we did light work with Toni as a pair workout. Other than that this was the comeback workout for overhead strength. 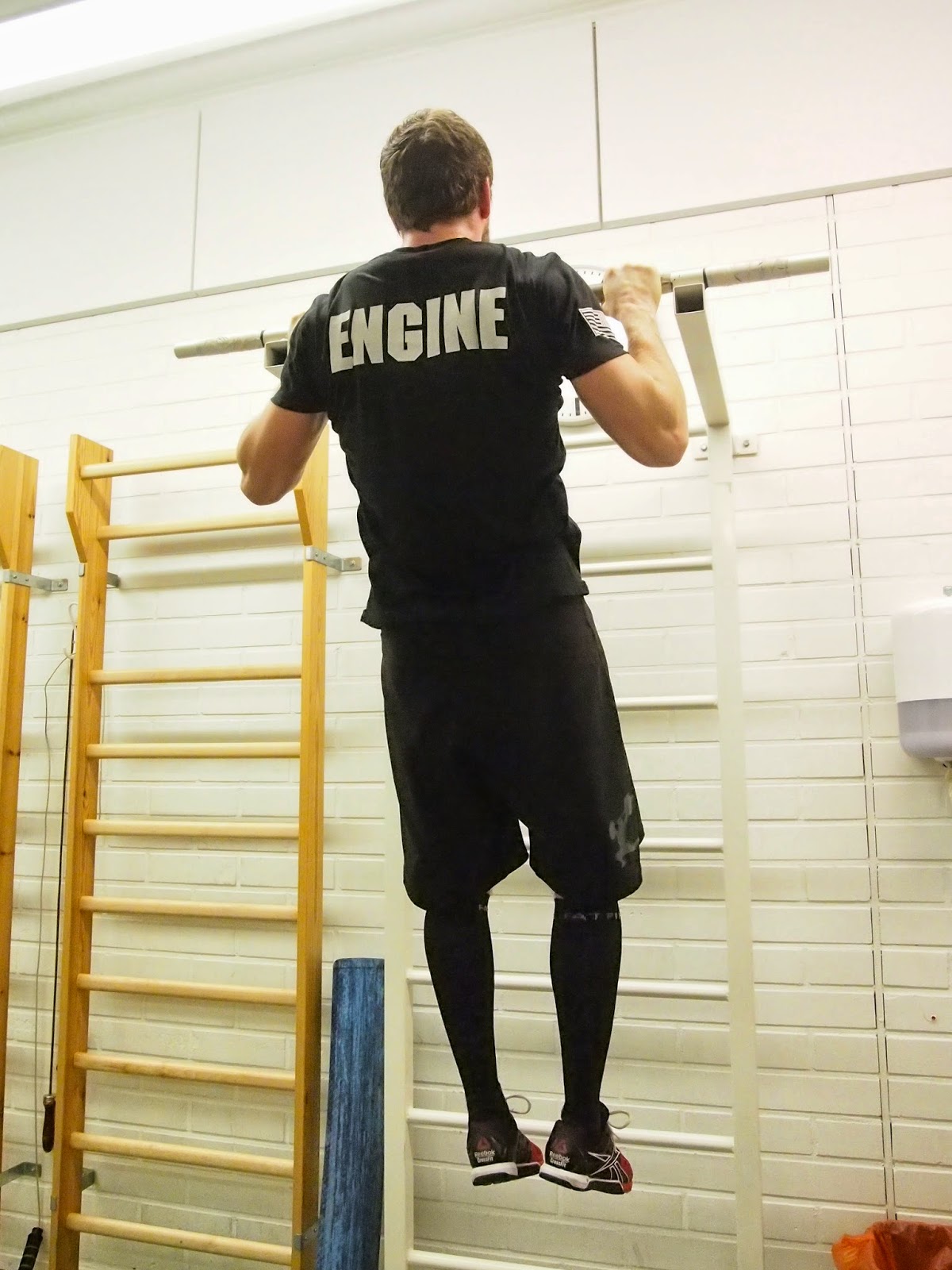 I loved every second of this. I've been longing this a lot. It was very difficult to stay light as it felt like the bar was moving under my command pretty well. Towards the end I was more and more thinking about dropping faster under the barbell.

Another element that has been missing from my metcons lately: cleans. Freaking awesome to getting them back! It's funny how the barbell got heavier after working a lot with only bodyweight lately. Even though I've had metcons all the time and the intensity has been at a good level but barbells in metcons are a great thing to add on a steady basis. 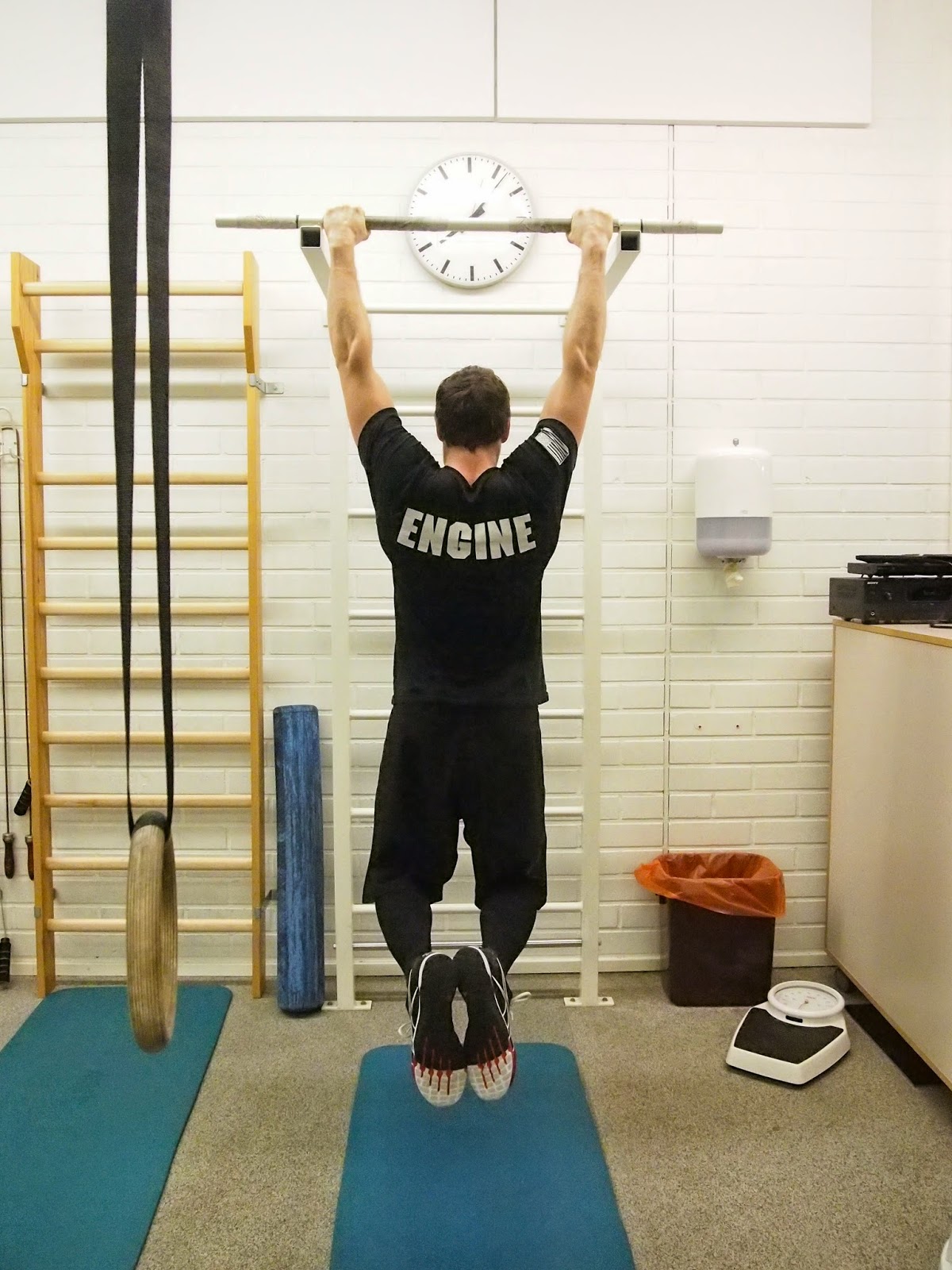 Today my body was way too smashed on the legs which resulted pretty much everything feeling heavy. So my performance in this workout wasn't ideal on any of the movements. Cleans felt heavy, I had misses on double unders and pull-ups had to be broken after probably 3 rounds. Time on this workout was not on the essence, just needed to work through the reps. 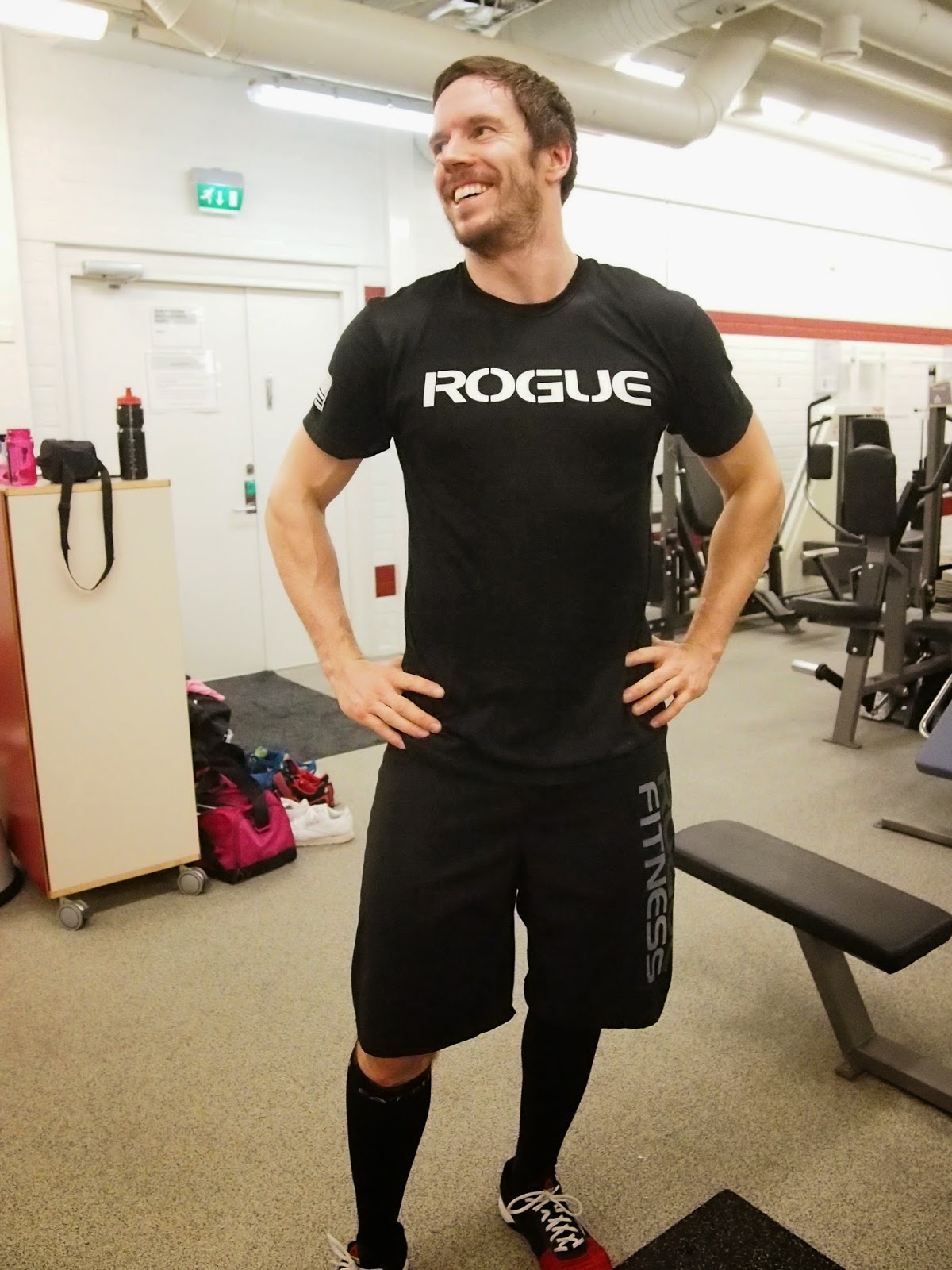 That doesn't bother me that much. Main thing was that my wrist felt better and I was able to do cleans and jerks. Hopefully this is a turn to better and I can keep these in the program in the future.