We had a great day of action ahead of us. I sneaked outside for a bodyweight metcon early in the morning to get some heavy breathing done. This was something close to benchmark workout Loredo. That workout consists of running, lunges, push-ups and squats, I had to modify it a bit but the intensity was great. In the early afternoon we hit it to downtown where we met with Pauliina's parents. Destination was wedding fair "Save The Date" at Kaapelitehdas. We're getting married next summer so we went to check some stuff out. Later on we celebrated my birthday, Pauliina's graduation and tomorrow's father's day. We went to Loiste and Torni, some of Helsinki's highest placed restaurants / bars, and in the evening for a fine dining dinner. Great day with the family! 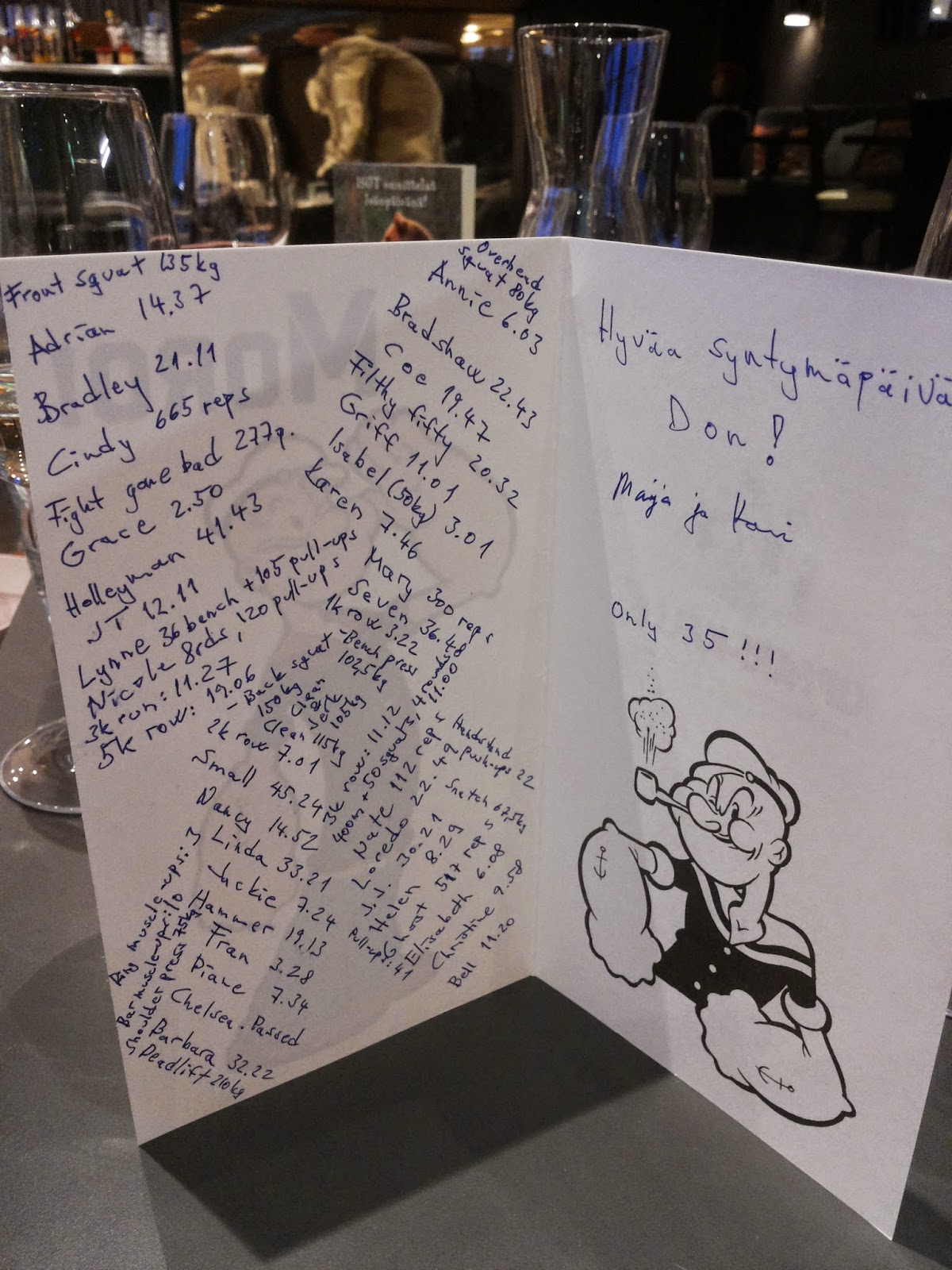 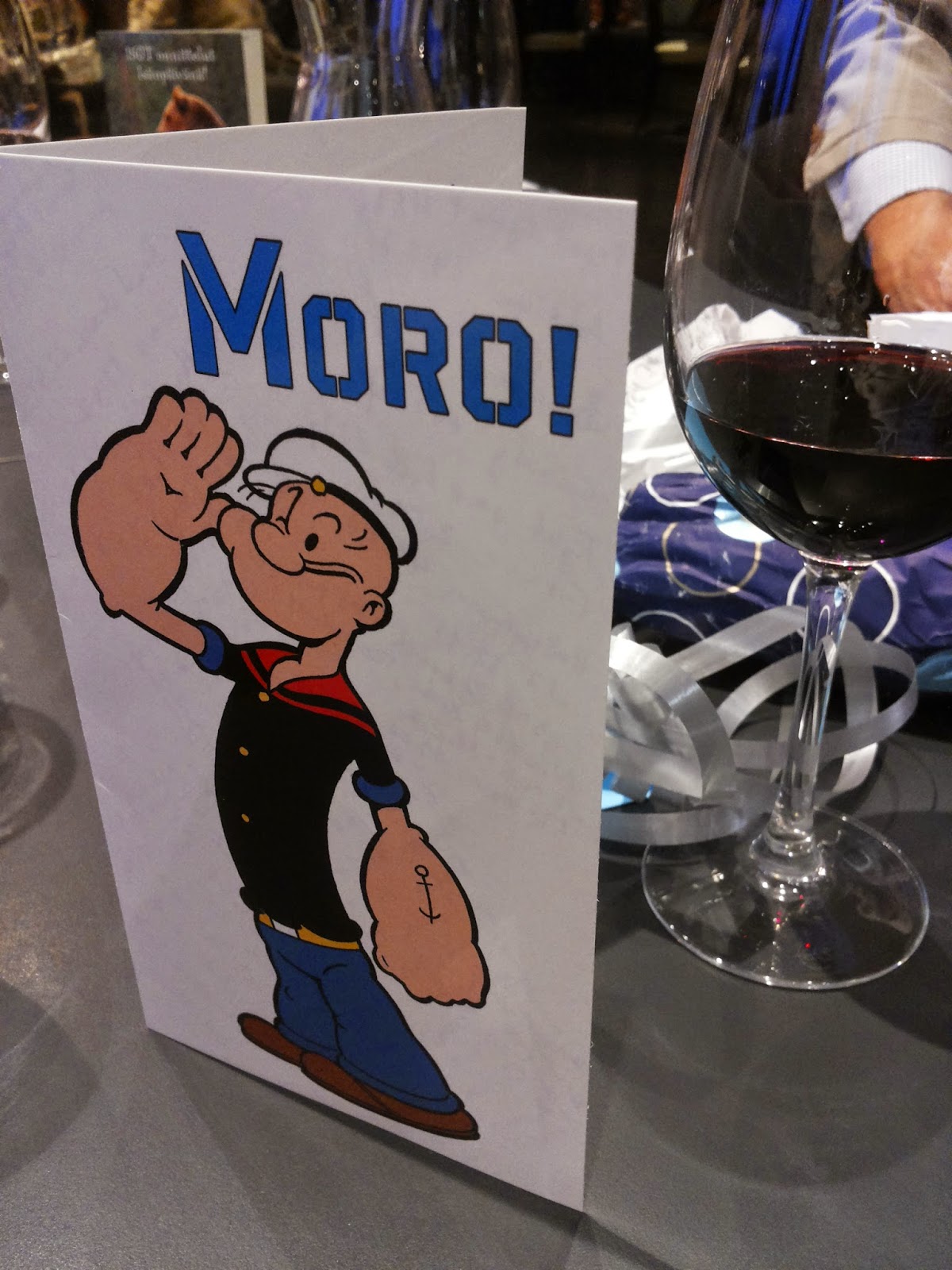 
This workout was good. I have enjoyed running lately. There's something great running outdoors in a metcon, really gets the breathing go heavy and the air is crisp this time of the year. Easy to breath. I took lunges and air squats to accompany the running so it was quite a lot lower body oriented. 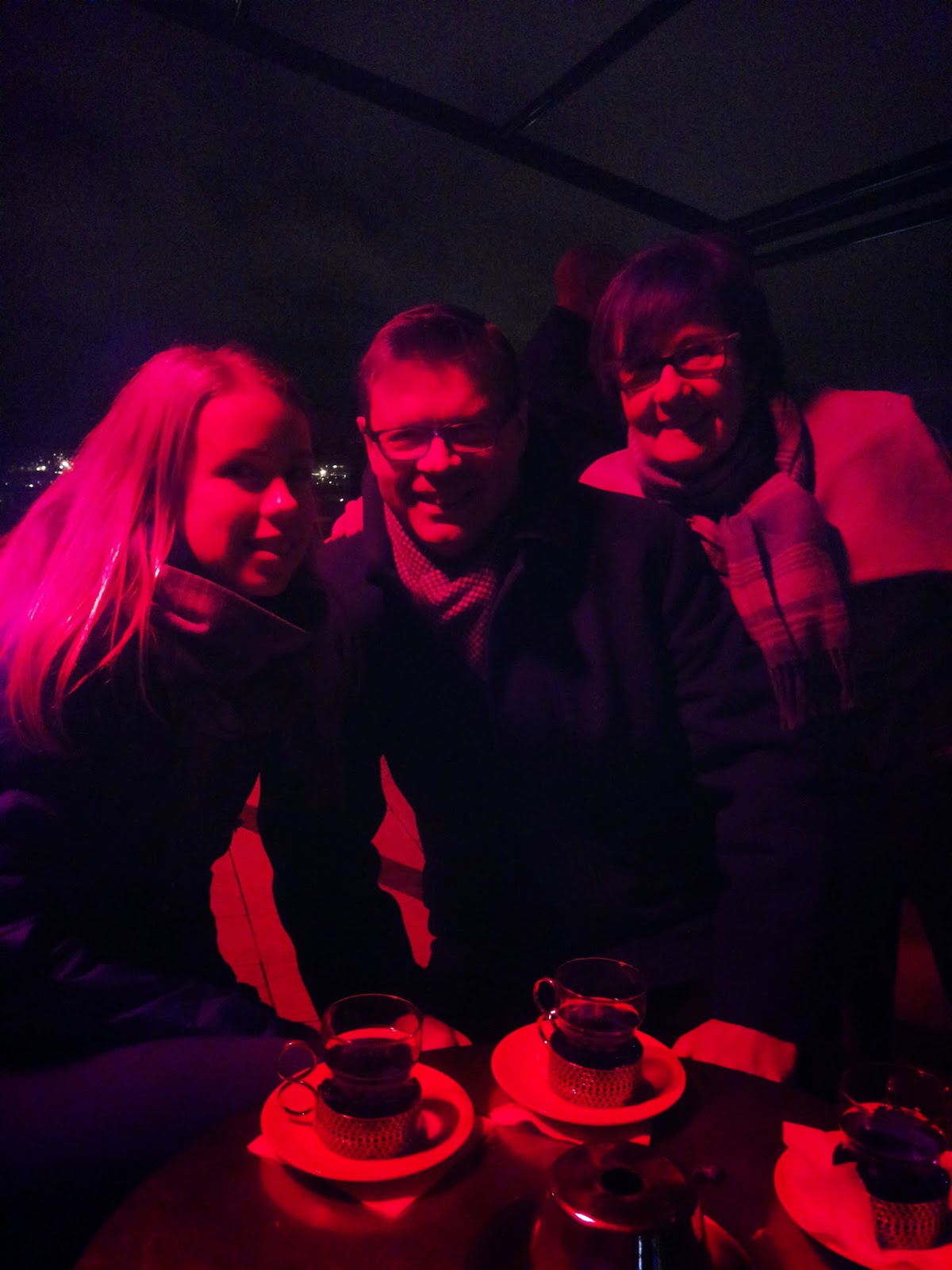 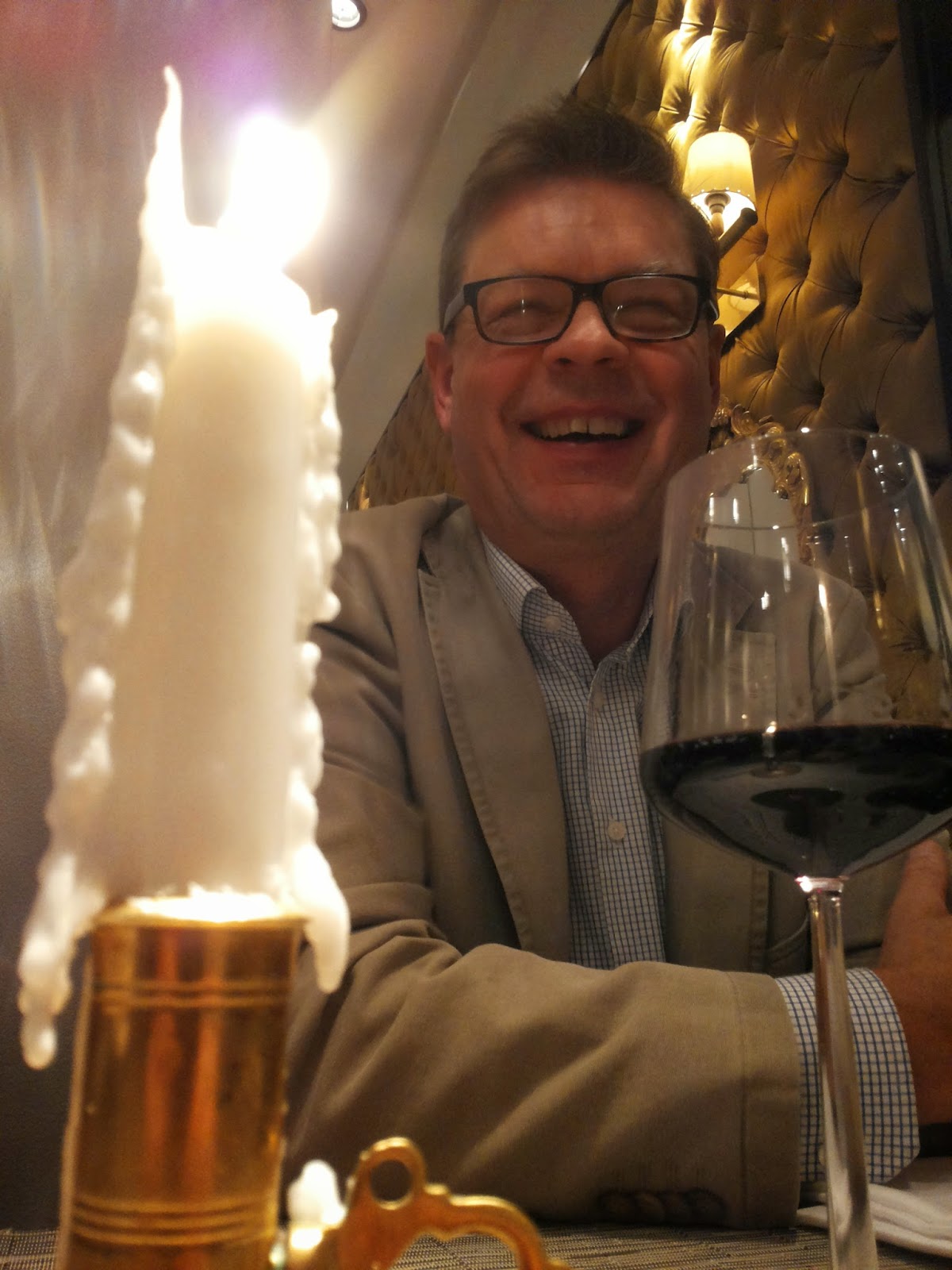 I wanted to have push-ups with the other movements but after first round I realized my right wrist hurt too much. That's why I switched it to commandos, something Pauliina has introduced me with. This was the second time I did those in any workout. It was a great substitute for push-ups. It's kind of similar movement but the angle of wrist is different in these two movements so it didn't bring that much pressure on the hand. 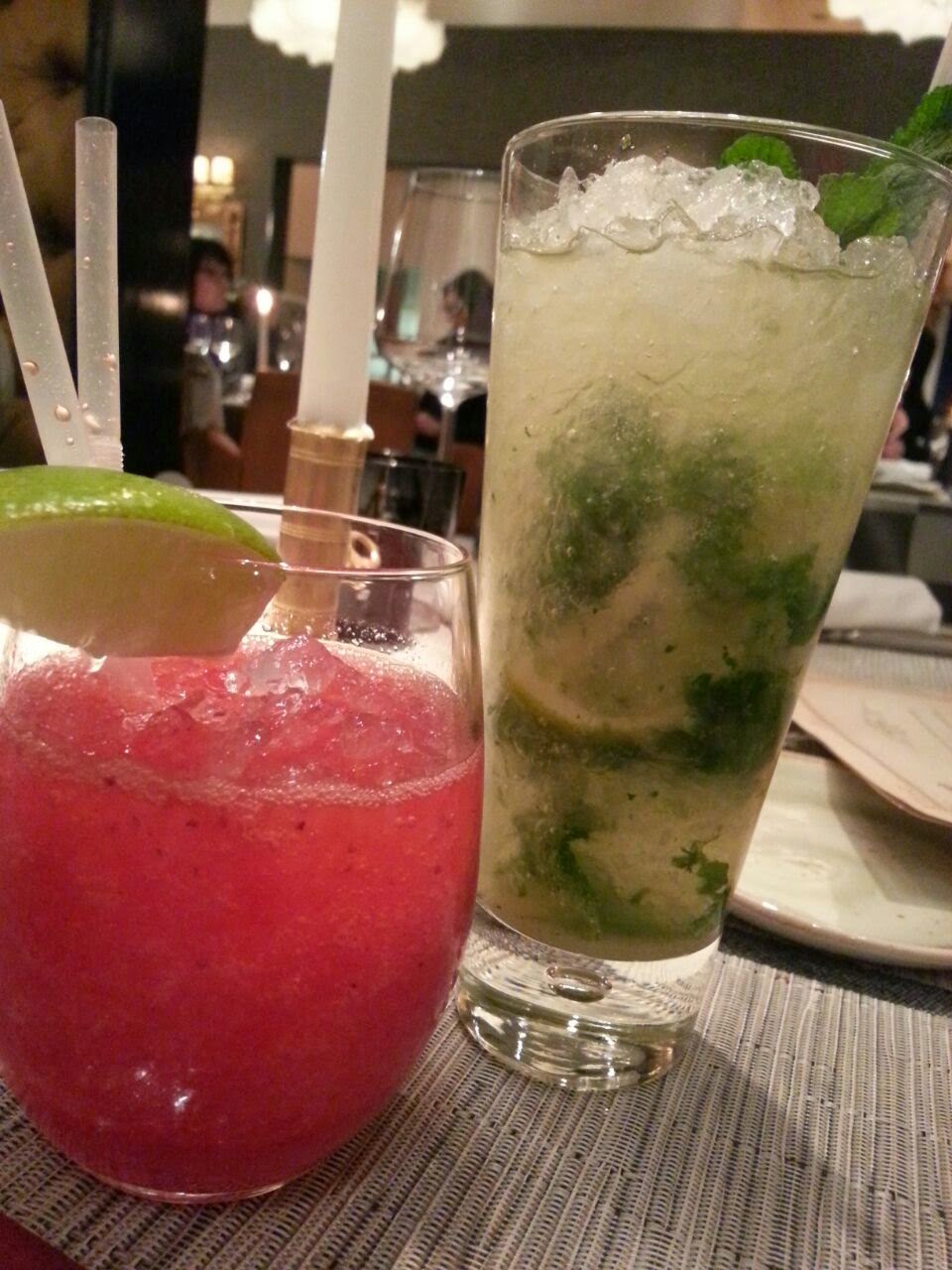 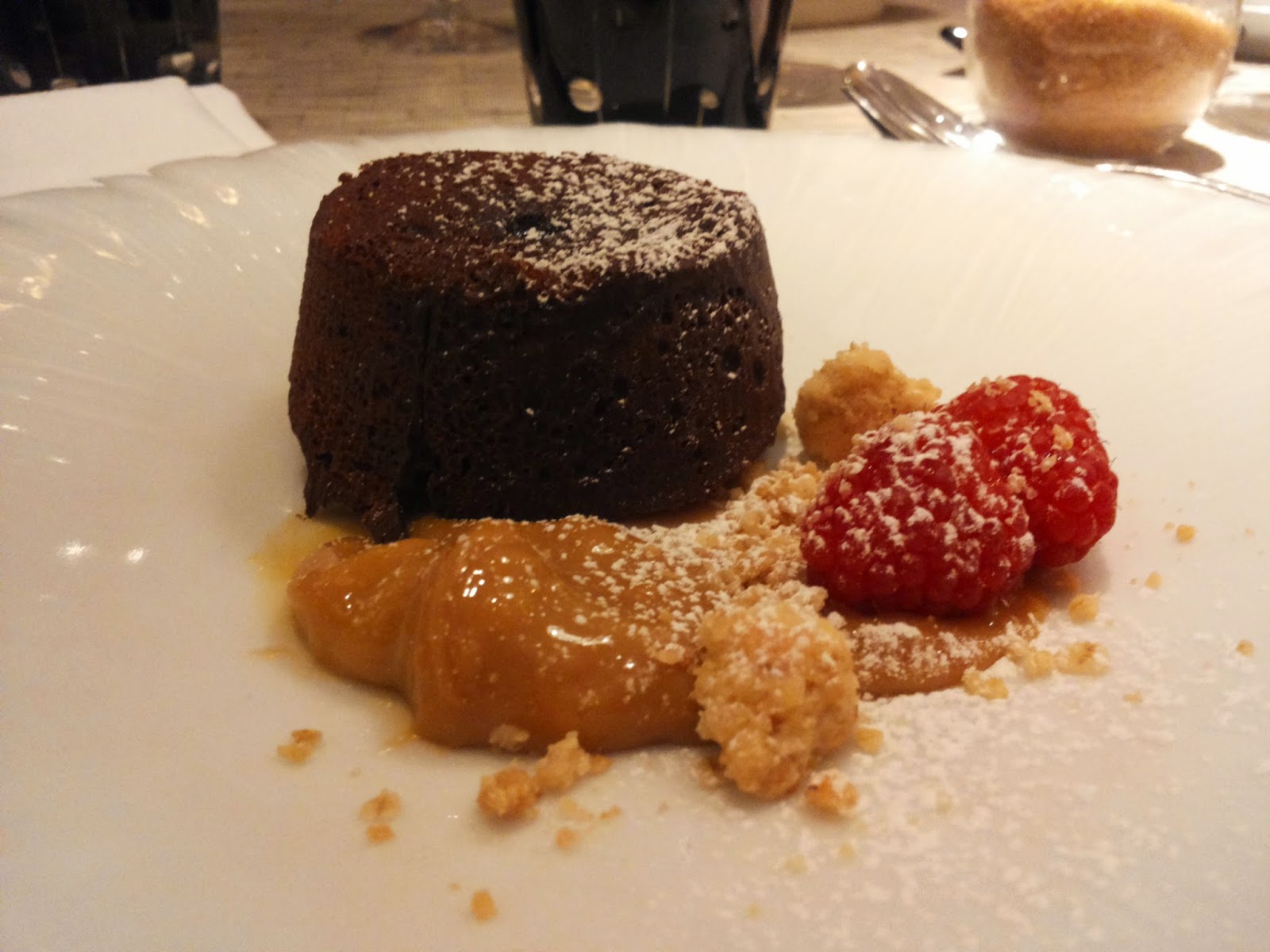 My pace remained steady throughout the workout. Don't know the time but I took 2 clips on video and my camera automatically stops running after 10 minutes which means to say it was about 20+ minutes. The pace remained pretty solid. I'm pleased with this one for sure! Good Saturday workout outdoors. In addition to this workout, the day was a success! Food and company was delicious and great!