This week I've tried to leave work earlier to hit the gym 1-2 hours earlier. This plan has worked well and energy levels have been quite good. Okay now my legs are still sore as hell from previous squat session. However, there's nothing a good and proper warm-up wouldn't make better. 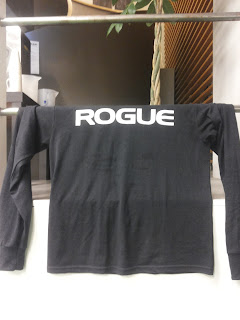 This was second part of a progression I created together with one bad ass powerlifter at the gym to strengthen my shoulders. He's the strongest guy I have ever seen so his credibility is legit. I'm going for 10's, 8's and 6's in the upcoming weeks in a linear climbing weights. Before doing the first set I built up to 80kg single. By doing that I'm also building confidence on heavier presses.

First session was earlier this week with 4x10 @ 60kg, and today one set dropped away but the weights came up a notch. This was doable but got uncomfortable in the end. I was still able to go unbroken in touch'n'go style, bouncing it off the front rack after each rep. I'm hoping this kind of work for longer working sets will bring pure strength on my shoulders.

Metcon.
Wanted to get more work for shoulders. This was created on the spot. Ring dips were a no brainer because I was destined to put more work on shoulder strength. Damn those were tough. First round unbroken. Second round was completed in two sets, maybe 10-5. On the third round it was maybe 3-4 sets and the last two rounds were also awful.

Even though these were heavy they did good things for my upper body strength. These are pretty much strict every time I do ring dips. That feels like the only natural way to do them. Ghd's were much easier. On the last round I felt there some tension, maybe the last reps on the 4th round. But there was no doubt of hitting them unbroken.